SCAM ALERT: Bitcoin Or Any Other Mining Bots On Telegram Are Fake 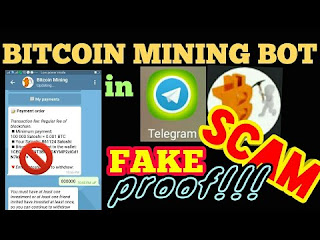 They claim that you can withdraw when you reach the minimum withdrawal threshold, but on reaching that minimum threshold, they will tell that you don't have enough points/keys to withdraw. (Think about this scenario).
Now you will have to play games regularly to get a certain number of ponts/keys to withdraw. I must say that it is very very difficult to get these points/keys. (That's annoying). 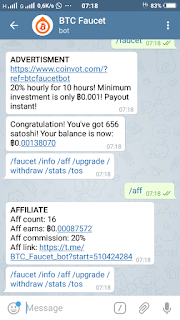 They purposely made it difficult, so you just end up wasting your time trying to get points/keys inorder to withdraw.
Bot says to upgrade or unlock your account. For that, you need to send some amount of BTC to a particular BTC wallet address. If the bot owner can mine BTC through bots, why they ask us for BTC to upgrade the account?

The bot will show payment proof. This is not true. This is to fool people to get refferal.
What they can do with a referreal? 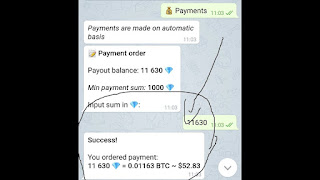 They can get money from at least 1/10th of users in the name of upgrading the account.
They don't the rules of the bot in the beginning. When you reach the threshold, bot will say rules. When you followed the rule, it will say another rule. Finally they will Loot your money by making you to follow the rules.

The bot's developer is a Genius in scamming people. Don't fall prey for it.
Many telegram bots that claim to give bitcoins are just a waste of your time and energy.

So, Do not waste your time on any bots to mine coins. ⭕️
Share this news with your friends and keep them to stay alert!.